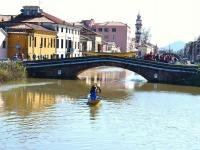 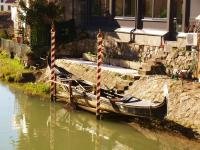 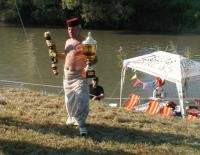 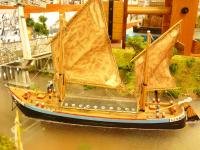 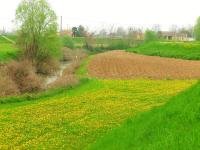 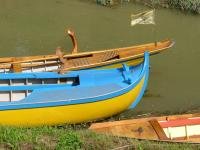 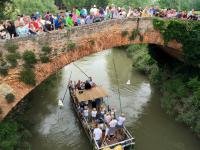 ❝Historical revocations of the lives of traditional freshwater sailors, and recent environmental preoccupations come together in this event which each year takes to the navigable waterways towards the Adriatic coast. Flag flyers, folklore and bypassers animate this fun wacky boat race that is becoming increasingly popular. ❞

This annual event, the so-called Remada a Seconda, has taken place punctually since the spring of 1981. It has an important role among initiatives to promote and valorize the waterways and historical canals in the territory of Padua. The name comes from a term typical of the nautical traditions of inland water, when boatmen sailed in their burchi towards the sea making use of the current, that is to say, proceeding according to (a seconda) the current. Organised by the Remada a Seconda Association of Battaglia Terme, it takes place over two days along the ancient liquid roads between Padua and the Adriatic. Participation is permitted exclusively for rowing boats, of any size and shape and number of rowers. The first day of the event is Saturday afternoon, with departure from the historical river town of Bassanello, south west of Padua historical centre, and reaches Battaglia Terme after a trip of around two and a half hours on the waters of the historical Battaglia Canal (1201). The following day, the Remada a Seconda sets off early on the Vigenzone Canal and follows it to Bovolenta where there is a lunch stop at the "Porto alla Ponta", at the confluence of the Bacchiglione river. In the afternoon, the colourful procession heads towards the Adriatic Sea to Pontelongo, the final destination, a one hour sail. The descent of the vessels on these old commercial and navigation routes is followed by many cyclists and walkers from banks, and in certain places en-route, is accompanied by folklore groups and flag fliers. The merry event ends with awards to the most original boats. Over the years, the Remada a Seconda has gained participants and fame, thanks to the fun and informal approach taken to the discovery of inland sailing traditions. But its popularity is also due to awareness of the preciousness of the element water in terms of its many ecosystems. The Remada a Seconda is an important attempt to reinstate the relationship between humans and the waterway, a place in which the environment and countless stories of human lives meet.

By train:  the starting point of the race, near Bassanello on the first day, is 4 kilometres from Padua train station, and can be reached crossing the centre of the town, heading South, past  Prato della Valle square. Battaglia Terme, which is the start of the second day of the “Remada”, has a convenient station on the Padova-Bologna railway line.
By car:  to reach the Bassanello, exit the motorway A4 at Padova Ovest, proceed South along the bypass (Corso Australia), then take exit 4 and follow the signs for the centre of Padua; finally travel along Via Volturno, Via Milazzo and Via Cernaia to reach the river Bacchiglione and the Bassanello. Travelling from the South along the A13 motorway,join the link road towards the centre of Padua, exit “Padova Sud” and travel through Via Battaglia to Bassanello. To reach Battaglia Terme, from motorway A4 exit at “Terme Euganee” and proceed towards the town centre.

The Frederick Stronghold at the defense of the Euganean waterways