A sandy slither of land at the mouth of the Po, immersed in wild nature and literary references 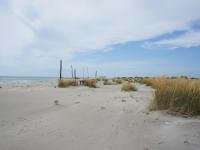 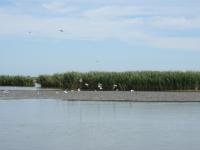 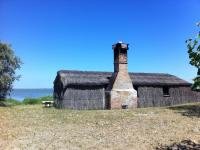 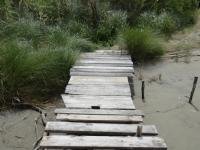 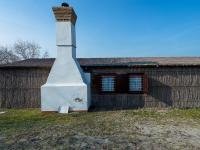 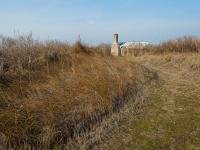 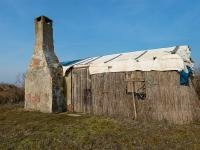 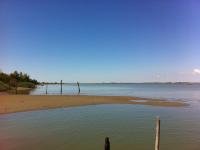 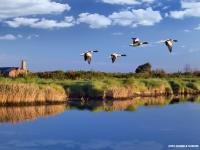 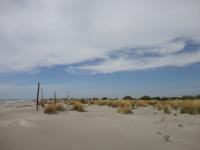 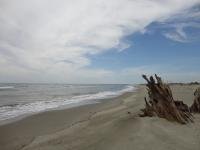 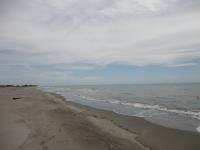 ❝The scanni (sandbars), alluvial deposits of very fine sands, which stretch out towards the sea at the eastern end of the Po Delta, constitute a landscape of great naturalistic value, between uncontaminated coasts and luxuriant marsh vegetation. Scano Boa is perhaps the best known of these banks, in part because it was the theatre of events told in various films and books dedicated to the boundless and ever-moving Delta.❞

The beach of Scano Boa is located in the territory of Porto Tolle and constitutes a historical “scanno” (sandbar) of the Delta, in the easternmost branch of the great river, near the mouth of the Po di Pila. It is a long slither of golden sand, that can only be reached by sea, full of charm due to its wild and unspoiled landscape. From here it is possible to observe the last “casoni”, traditional houses made of reeds used by fishermen and hunters, as well as birds of all types including, wading birds, Eurasian oystercatchers, little terns, Mediterranean gulls and the stunning common shelduck, a particular species of duck that are common here. The sea that characterizes this coast is blue, clear and with a sandy and gradually sloping sea floor.
Scano Boa is an unrivalled place of meaning and silence, capable of evoking the deepest memories of scents, colours and sounds. It is no coincidence that this site has been the setting for many films and books, including a book of the same name by Gian Antonio Cibotto, later made into a film directed by Renato Dall’Ara. Cibotto's novel explains how the beach was an important place for the communities of fishermen, who for years spent their nights there before going out to fish. The incipit of the Scano Boa of Cibotto is particularly effective, stating: "Warning: it is useless to look on a map for the places named in this book [...]. Geographic accuracy is nothing but an illusion. The Po Delta, for example, does not exist. The same applies, even more so, to Scano Boa. I know, I lived there." Between the pages of the book some passages offer us a very precise snapshot of the morphology and landscape between the branch of Po di Pila and the sea: "From above you could see the quivering expanse of the rushes that bordered the valley, the soft, receding line of the coast and the winding course of the river, which at the point of the village flowed in an immense curve, barely held back by the banks. And [...] everybody turned their eyes from time to time to the desolation of the landscape, which had the power to turn off voices, reducing them to silence."
As well as echoing these and other literary references with perennial vitality, Scano Boa today represents a naturalistic site of exceptional interest, which lends itself to memorable boat trips and excursions. The nearby port of Pila, a centre that historically was devoted to fishing and known for its fish market, is an excellent starting point to reach the sandbar (i.e. the “scanno”).

Scano Boa can be reached by boat only, here's the information to arrive at the harbour of Pila.
By train: Pila is situated about 30 km from Loreo station (railway line Rovigo-Adria-Chioggia).

Basilica of the Tomb in Adria

The historical floating artefacts that connect communities across the river