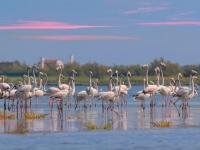 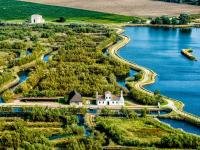 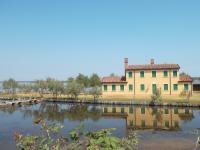 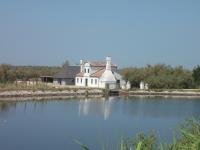 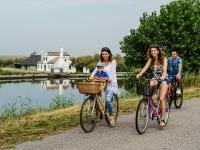 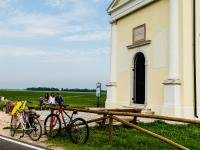 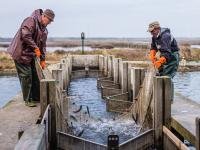 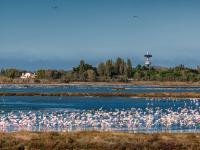 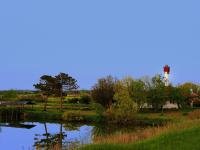 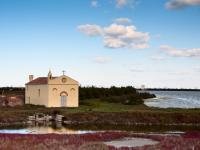 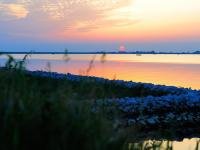 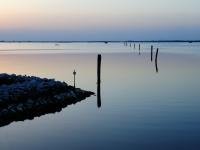 ❝Between the Adige and the Po rivers, in the northern part of the Delta, there is an area of fishing valleys: an evocative environment created by man as far back as the Roman times and which, today, can be explored along the Via delle Valli (Road of the Valleys fishing area). The route is divided into several sections, straddling the Adriatic shores and the hinterland, allowing you to discover vast expanses of water, precious wetlands and the traditional environments used for fish farming.❞

In the Po Delta, water has always played a decisive role in the shaping of the landscape. The liquid element contributes to the definition of both the natural and the artificial environment, including reclaimed areas, canals and embankments, which inevitably merge with the nature of reed beds, lagoons and sandy banks. In this unique geographical context, where the boundary between land and water is always unstable and changing, the villages and communities of the Polesine have dedicated themselves to economic activities linked to these territorial conformations. The well-established traditional practice is that of lagoon acquaculture: the great extensions of salt waters, i.e. formed by fresh water mixed with those of the sea, lend themselves to favouring fish breeding and fishing within particular basins, also thanks to techniques and methods that have been perfected over the centuries. The origins of this fish farming system date back to the Romans and, according to some, even to the Etruscans, ancient masters of the water.
Between the Adige and the Po di Maistra, in particular, we can observe the characteristic morphology of the valley areas, with their typical symbiosis between natural elements and ancient human customs. Here the two roads, the Via delle Valli Nord and the Via delle Valli Sud, trace an intricate and evocative path between water bodies, lagoons and canals, all leading up to the sea.
From a naturalistic point of view, it is one of the most interesting and well-preserved areas of the Po Delta, where you can admire stunning landscapes. Towards the north, the Adige winds along before flowing into the sea, forming a large estuary, south of which there is the valley, close to the coasts of Rosolina and Albarella. Before the mouth of the river there is a path which, passing by cultivated fields and vegetable gardens, gradually develops within the "valleys". This name derives from the Latin vallum, meaning "vallo" (wall) or embankment, raised to create basins rich in fish: the famous Roman "piscinae piscariae". Today the substantial pathways of the Via delle Valli lend themselves well to hiking activities and, because of the time needed to follow the itineraries, they are particularly suited to cycling.
In these spaces the boundaries between water and land fade and it is hard to distinguish between rivers, canals, valleys and lagoons. These expanses offer the visitor unique and poetic panoramas with their multiple nuances, but they also represent an ideal environment for birdwatching enthusiasts, thanks to the abundant birdlife that shelters here in the marsh vegetation.
In these places we clearly see how human activity can coexist harmoniously with the slender outlines of the herons, the "chattering" of families of ducks and the elegant flamingos. And one wonders how this matrix of coexistence and symbiosis can be replicated elsewhere. Another constant presence in the valleys is also that of the shapes of the "casoni": real monuments to the hard work of the inhabitants of the valley and their stubborn love for this land, perpetually rising above the waterline. The casone is characterized by a fireplace, equipped with a special chimney in the shape of a die, whereas inside, there is a large central hearth. They were once used to smoke eels, bred with great dedication by local fishermen as a reserve of protein for the whole family.

By train: the Via delle Valli Nord is situated about 4 km from Cavanella d'Adige station (railway line Rovigo-Adria-Chioggia), with good cycle-rail interchange facilities.

Adria and its riviera