The travelling, pop up exhibition “Water in 6 Words” is addressed to young students (6-18 year old) to explore the world of water.

Texts made in the context of "Environmental Education Project for the Proper Use of Water Resources" for high and medium schools of the Hydrographic Basin “Laguna di Venezia”.
A “Laguna di Venezia” Basin Council’s project realised in collaboration with the Centro Internazionale per la Civiltà dell’Acqua Onlus.

"Water can no longer be considered as a simple resource,
but it is an exhaustible good, that needs to be protected,
by ensuring its integrity and ethical use"

Now more than ever, it is clear that the responsibility for the survival of the Earth is up to the humanity and, therefore, a new approach regarding the water element is urgent and necessary, starting with the knowledge, awareness and understanding that humanity has reached over the decades. Nowadays, in fact, human beings have gained technological capabilities that hundred years ago were unthinkable. New horizons of formidable power are rising every day and this implies an huge responsibility for human beings. It is clear that mankind must take on the responsibility of its actions, without thinking only about the present but above all about the future.

Especially some regions of Europe, where the economic development model is an example all over the world, must take in the right consideration the environment issue. Pollution accidents, in fact, happen quite frequently and it confirms that there can be no real growth without an alliance with the nature.

There is, thus, a need to rethink about our relationship with the environment. Waste and contamination are the most serious problems we are facing today, both in our territories and in the rest of the planet. To fight them, we must start watching the world not anymore in a technocratic or technical way, rather in an holistic way. The risk is to lose an overall perspective in order to focus on an utilitarian one, which may prevail over any values and also over the future generations right to have an healthy, clean environment in order to protect the most essential good of life: water.

The true eye of Earth is water.
In our eyes is the water that dreams of"

Why do we still talk about water? The future of humanity and the Earth necessarily comes from our relationship with water, both individual and collective. We are living the time of responsibilities that concern each of us, no one excluded. In the last decades, science and technology taught us so much about water. Meanwhile, however, we have lost the ability to observe it and understand its value and power. The only form of imagination we seem to be able to express is the one captured by the advertisers and the water marketer. However, water represents the life principle (our own chance to survive), but we do not realise it anymore. Special effects and consumer compulsions caused the loss of the sense of the things in such a violent way that the ability to discern the true values of life, such as the value of water, seems to have reduced.
To pursue the water conservation only with rational arguments means, ultimately, to get the equation "water is precious because it is scarce". Such consideration, however, risks to entrust water only to the market economy, in which water is, inevitably, reduced to merchandise. However, that is not enough! In fact, as long as we won’t be able to identify in the water the elements that are beyond the economic logic, we will not save it, we will not recognise the waste and we will not respect it . This is why, it is important to recognise the intrinsic water life value that gives it back its uniqueness. A value, we would like to imagine, not irremediably lost.
Therefore, “water in six words”, where the number “six” is not a coincidence. “Six”, in fact, are the topics dealt with in a short and informative manner, as “six” are the different observation points in order not to lose the essence of this precious element. The liquid element has no form, but when it aggregates in solid formations (such as in snowflakes), it assumes a hexagonal shape. 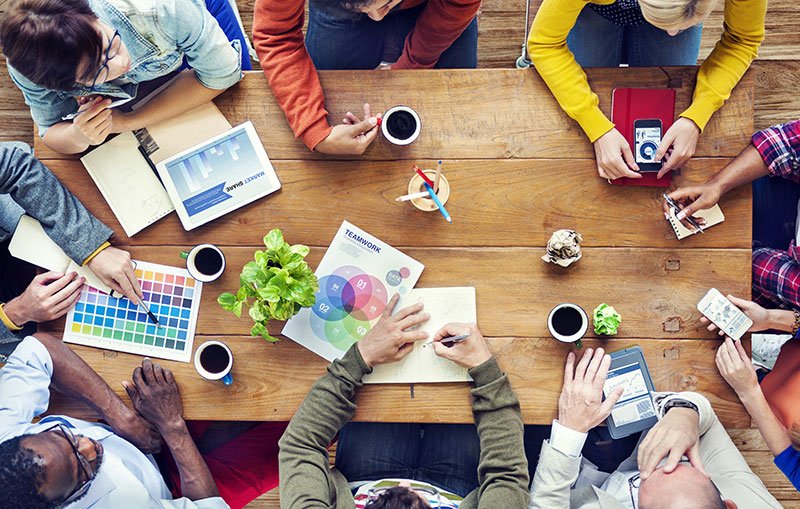