Today water is considered precious because it starts to run out. Because of this limit, we are becoming aware of its value. In reality, the perceived value of water has much older roots and is not just about its tangible appearance. We have seen that water is mysterious, it preserves a quid that escapes many logical explanations In this last section we want to introduce the absolute preciousness of the liquid element under a meaning that is little known today, but not less important for this.

In all religions of the world, water has always been considered sacred. Ablutions, dives or baths have been, and in part still are, complex and shared rituals, where water becomes a medium for contact with the divine. For Judaism, since ancient times, ritual immersion was a symbol of regeneration, purity and a way to rediscover the deep bond with original perfection. Christian baptism, too, originally foresaw the total immersion of the believer: it symbolized death and rebirth in a new life, with the cancellation of the original impurities. In the Islamic religion water is a gift of God and ablutions invariably precede the entrance to mosques. Hindus bathe in the sacred waters of the River Ganges, a river considered alive because it is itself a deity.

Long before, since pre-history, we have received widespread testimonies of the deep ties between water and the sacred. Engravings, votive offerings and artifacts of various kinds tell how the benefits of water were the gifts of divinities or, again, the water itself was the seat of divinities. Water was therefore considered sacred, magical and curative. The places of water near the healing springs, where in the Bronze and Iron Ages the peoples of Europe built temples, for example the Etruscans or the ancient Venetians, later became the sanctuaries of the Christian religion.

Mythologies, tales and legends confirm this profound connection in every corner of the planet. In Asia we find hindu God Narayana, “the one who resides on the water”. From his navel was born Brahma, the creator of the hindu Trinity .Sacred meanings of water can be found in many fundamental texts; from Babylonian poem Enuma Elish to chinese I Ching. Some buddhist monks still practise a particular activity aimed at spiritual perfection, which goes through physical confrontation with the water element. The exercise is focused on the ability to run on thin sheets of wood floating on water without sinking (Shuishangpiao).

In Africa, where water mainly symbolizes fertility, lived ancient peoples which used to adore a water deity called Amon. The Egyptians, whose country was “a gift of the Nile” (another river considered sacred), used to adore Api. According to the Dogon of Mali, in the sub-saharan Africa, water is the seed of God that fertilizes the earth. Still with reference to the sacred perception of water, we can mention the Guanci (Canaries),the Tuareg (itinerant inhabitants of the desert) or the Cabili, ancient Berber population of the present Algeria.

In the great civilizations of the Americas (Maya, Inca and Aztecs), the sacredness and power of water were imbued with the same ambivalence it carries: life and death. Water, therefore, as a fertilizing force, but also as a destructive force. North American Indians, like those in the Amazon forests, have instead developed cultures in perfect harmony with nature, marked by a respectful sacredness of the liquid element.

H2O is today perceived as mere material and nothing more. The sensitivity of men, thanks to which it was possible to grasp a further dimension, seems to have become atrophied. As Mircea Eliade suggests, water “is alive, restless, it inspires, heals, prophesies” (Eliade, 2008) and in relation with this “power” of water, several religions and rituals have arisen by springs.,rivers and marshes. Events that date back to the mists of time and concern all the cultures of the planet, no one excluded. Sacredness is a value that water has always held as a cosmogonic principle, enriched by numerous local epiphanies. To think that ancient men knew less about water than we did is limiting. It would be more correct to say that they knew it differently and it is for this reason that we must return to observe water, its flow and its unpredictable movement to understand the living, as suggested with acumen by Schwenk (1962).

For centuries, in every corner of the world, water has been perceived as a “divine gift” and expression of a deity, if not itself divine. Only contemporary culture and civilization have been able to desecrate water, that’s to say to prevent any possible reflection of water towards a dimension transcending pure materiality.
The consequences of such a desecration have been many and such as to make water available for every form of exploitation and poisoning, promoting the destruction of countless ecosystems and of the forms of life present in them.
The only remnant left today of the archetypal imaginary referring to water is found in the advertising of bottled water, with the well-known references to purity, beauty and health, but also to weight-loss or even rejuvenation. They are lexical transliterations of the marketing. In them, however, we can also see a response to a feeling of man towards the water element still alive. At the same time we observe the trivialization of water, its reduction to just a thing among things, to a mere consumer good and finally, solely to commodity, as the only remaining purpose is to generate profit (Franzin, 2005; Eulisse, 2012).
This monodimensional vision of water – typical of the civility of consumption – risks to permanently delete the richness of expressions and meanings that has always distinguished the liquid element, depriving future generation of an important heritage of identity of our history and culture. 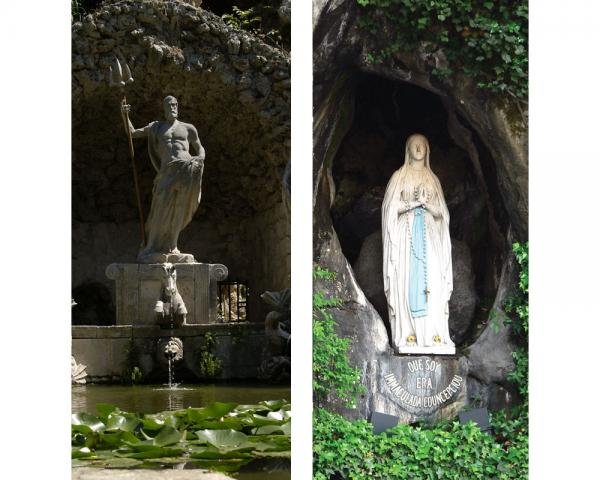 Italic populations and the sacredness of water

Countless are the testimonies received from Sardinia of "sacred wells" and "well-temples" that date back at least three thousand years ago and tell of the sacredness of the liquid element, with particular reference to underground sources. These are complexes created following ingenious astronomical calculations (linked to the phases of the moon or other stars) and ancient cults of fertility.
On the cult of water fertility and the recognition of the healing properties of many springs, the Etruscans produced a thick pantheon of deities, later absorbed by the Roman civilization. The latter has built and disseminated throughout Europe some distinctive features of its culture right by the water. In Rome, water was sacrally respected and was at the centre of public life. We cannot forget the monumental aqueducts and the beneficial public baths, as well as the oracular springs and thaumaturgical springs (water to rejuvenate or confer fertility), which manifested the creative and "transformative" potential of water, once conceived as a "passage between two worlds" (Teti, 2003).
In Sicily, the myths and rites of water inherited from ancient Greece are numerous. In addition to the functions of water already mentioned, we must enumerate the practices of initiation into the mysteries, always preceded by a catharsis that envisaged the ritual purification of body and soul. The oracle invariably expressed himself near a spring. Finally, we find the personification of springs and rivers. From these an articulated mythology has been generated which often, and not by chance, puts into relation the political, cultural and religious unity of the city-states of Magna Graecia with the ancient continental Greece. Think, for example, of the myth of Alphaeus and Aretusa, whose sweet water still gushes today in front of Syracuse, or that of Ciane, the nymph sunk in the sacred swamps of the city-state (Franzin, 2005).
On this variegated cultural substratum, here only briefly sketched, Christianity has settled, bringing new meanings to the many manifestations of the sacred linked to water. In this way the oldest rites were replaced by a new religion. Finally, it should be remembered that many mythological and legendary figures of the ancient world were attributed, in the Christian era, a negative character (nymphs or paides turned into anguane), while the places previously used as pagan water cults were associated with a new patron saint. 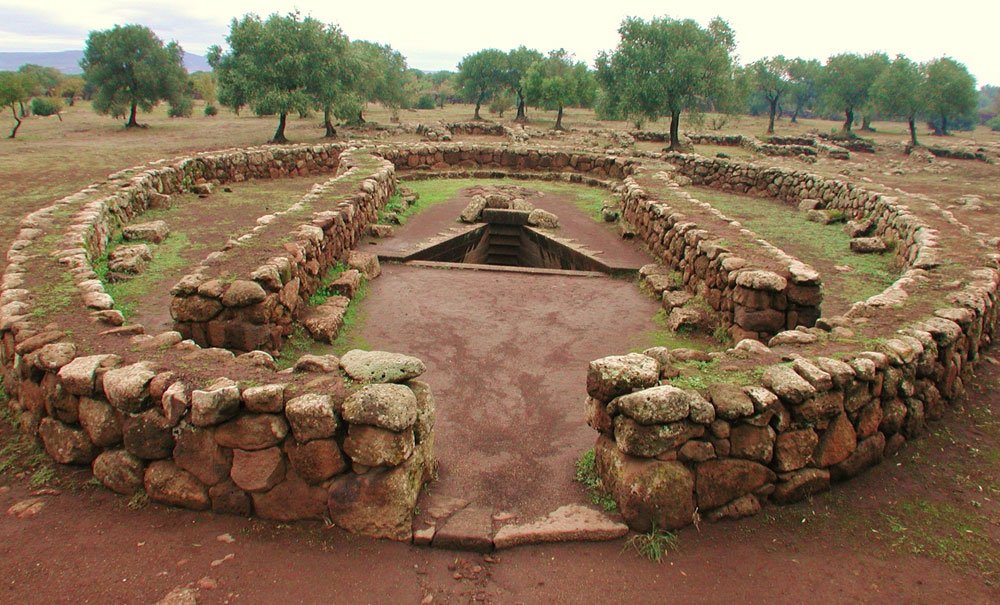 Since ancient times, in every religion, water has had fundamental characteristics of sacredness, also by virtue of its purifying functions. The rite of purification has always indicated a sort of 'washing', from Christianity to Islam, from Buddhism to Shintoism, with the particularity of reaching not only the body but the depths of the spirit. Body ablutions have meant a cleansing of the soul everywhere. All rites, even the one closest to us, baptism (formerly practiced with total immersion of the body), maintain this principle: he who immerses himself in the water dies symbolically to be able to be reborn to new life, cleansed of the deepest spots.
For the historian of religions Mircea Eliade the oldest rites of humanity have involved almost everywhere the use of water. In fact, "contact with water always implies regeneration. The immersion in water symbolizes the regression in the preformal, a complete regeneration, a new birth, because the immersion is equivalent to a dissolution of the forms, to an integration in the undifferentiated way of the pre-existence. And the exit from water repeats the cosmogonic gesture of the formal manifestation" (Eliade, 2008). 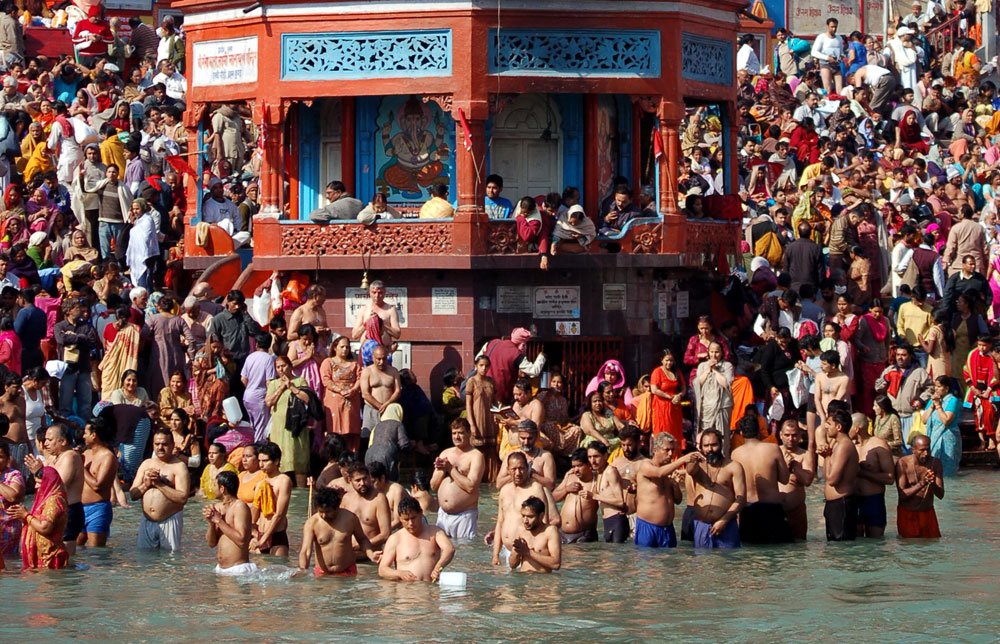 Ancient liquid deities of the alpine world: the “anguane”

Water has been perceived for centuries as a purifying and therapeutic element, healing and restorative.
Nevertheless, it has also embedded an ambivalent nature: life and death, creation and destruction, as elements that exist side by side.
It is precisely from this ambivalent nature that mythical and legendary expressions were generated in the popular imagination in ancient times. For example, the popular epiphanies of the Alpine world refer widely to the figure of the anguana: a feminine and supernatural being, of which there are references in the popular traditions of the whole of Europe.
The uncertain etymology of the name Anguana could refer to anguis, that’s to say (water) snake or to latin aqua, from which Aquanae, river nymphs.The tradition often describes the anguane as young women with very long hair, particularly attractive and able to seduce or even kidnap men; in other occasions, they appear as creatures half women and half fishes or reptiles. Otherwise they are represented as thin, creepy old women, who appear on full moon nights and whose face is impossible to see. Almost always dressed in long clothes or, in some cases, in worn rags, they launch loud cries capable of stunning the unfortunate: in Veneto region the saying "sigàr (shouting) come n'anguana" has remained. 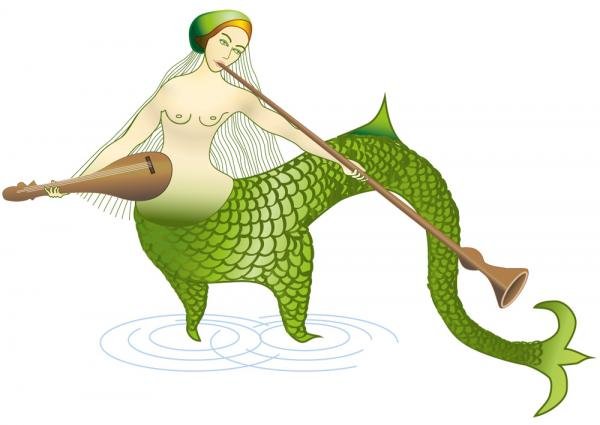 A characteristic feature of the ”anguane” was their appearance near or in the depths of rivers, streams, spri0ngs, lakes and ponds, of which they were the guardians: a sort of genius loci. They had the power to predict the future or utter prophecies, cast curses, or cast spells, but they could also cure with their magical powers. With the Council of Trento, Christianity tried to eradicate this pagan cult deeply rooted in the popular world. This encouraged the overlap with the cult of the Virgin Mary. Churches and sanctuaries were built on the sacred sites previously dedicated to pre-Christian deities. For example, in Crespano del Grappa (Treviso), there is the Sanctuary of the Madonna del Covolo, not far from the Grotta delle anguane (Cave of the Anguane), which rises near a source that is a destination for pilgrimages because of the therapeutic properties of its water. In the Montello area the less known cave of buòro or ciane has similar origins, and so does the site of Lagole, near Calalzo (Belluno), which denotes ancient origins that refer to cults related to water.