"Water is the principle
Of all the things"

Life comes from water. Water is "the beginning", its never-ending movement, known as hydrogeological cycle, is the condition base of the existence of the biosphere (part of the Earth's surface where life can exist).
The water, with its movement, becomes pure and gives the blue colour to the planet; it shapes the territory, creating a countless variety of landscapes: mountains, valleys, lagoons, lakes, rivers and so on. The Sun is the great engine that activates, with its own energy, the cyclic water movement.
Some scientists claim that at least half of the water on earth is older than the same Solar System! According to this assumption, water would have come from a place beyond our Solar System – maybe from the stars – and it would have fallen down on Earth in the form of ice meteors, which have been fragmented in the impact with the atmosphere.

The water cycle constitutes the hydrosphere (that includes the troposphere) and forms the biosphere, which is the area where there is life on the planet. The biosphere extends from - 11.5 km of the Mariana Trench up to about 15-20 km. In the lower part of the atmosphere, called troposphere, most of the meteorological phenomena occur. The biosphere is the heart of the Earth. Its function can be recognised in the hydrogeological cycle. Water is like blood, which carries nutriment to body tissues and removes waste products.
The water cycle is the Earth’s circulatory system.

The Earth's environment is dynamic, it repeats and renews itself all the time. Water is the beginning of such movement. It is also the only substance that can be found on the Earth's surface in the three different physical states of matter. For this particular characteristic, the hydrogeological cycle can be possible.

The oceans’, the seas, and the plants transpiration’s waters (rise up to the sky as water vapour, creating clouds. From the clouds, under certain weather conditions, this rainwater falls on the mountains and starts its unstoppable return to the sea, dragging pebbles, sand and silt. In this path, it fertilizes the land, produces energy, supplies food and carries ships that allow us to move, bringing materials and goods.

The hydrogeological cycle moves and preserves the movement of other cycles of chemical and biological transformation, such as the carbon cycles or the nitrogen one, which are also indispensable for the biosphere equilibria. 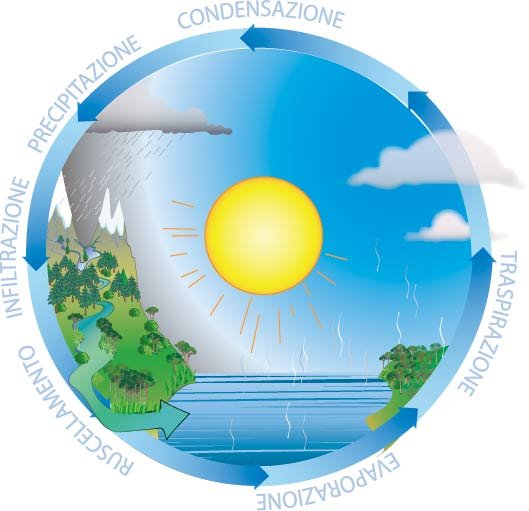 Oceans and seas are moved by currents caused by the density variation of water masses. These masses move the waters from one place to another and they push water in depth: such action cannot be made by winds.

This is the global and perpetual thermohaline circulation (from Greek “thermos”, temperature, and “halos”, salinity) which permits the Earth's climate balance necessary to host life.

The Earth, according to the hypothesis "Gaia" by J. Lovelock, is an organism capable of self-regulation (Lovelock, 1989). 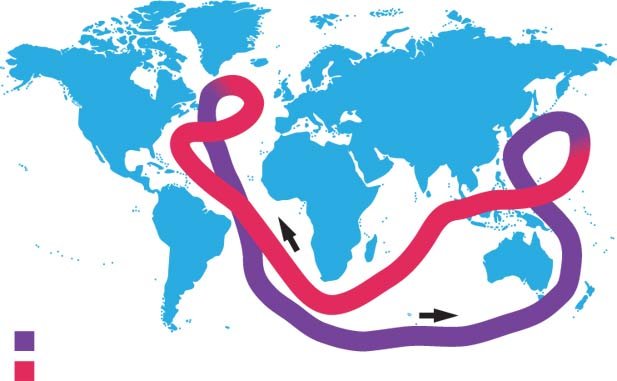 The transpiration of plants consists in the release of water from the leaves in the form of steam.

It’s understandable then, the reason why the deforestation has a strong impact on the climate. During rainfalls, if there’s no vegetation, rainwater flows rapidly on the ground, moving away through rives. The consequences can be: sharp atmospheric changes, fast temperature increases, excessive salinity of the ground, droughts in some areas and floods in others and hydrogeological disasters. The only solution is the reforestation of the planet. 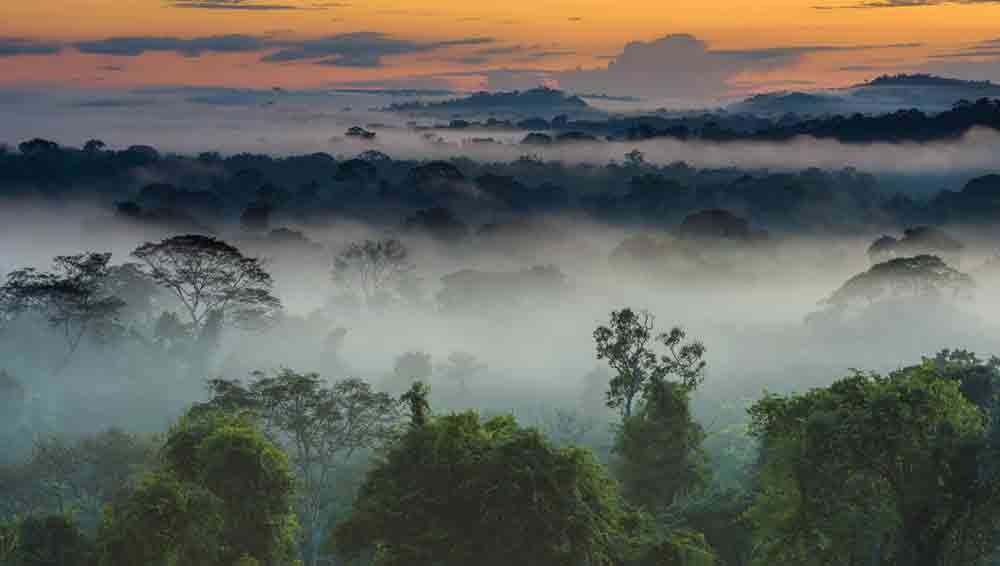 Water is ancient. The same water we observe in the glass before drinking has existed for millions of years. In all these years it has always been moving between sky and earth, it has dissolved rocks, it has been in plant fibres, animal organs and even in the body of men who preceded us.

Mankind today seriously endangers this wonderful system of balance and harmony, which involves nature and all living things.

The balances are changing in a very clear way: let’s think about the climate changes we experience in always more unrecognisable seasons, or the increasing desertification, causing the exodus of thousands of people from the South of the world, which tent to reach developed countries. Nowadays, it is up to the human being to take responsibility for his actions that have an effect on the environment and natural resources, as well as on the lives of human beings, animals and plants.

This paragraph should have been title "Water: unchanging resource", but now more than ever, this claim – although scientifically correct – is likely to be completely misleading. Indeed, if it is true that the amount of water on Earth has always been the same for millions of years, its quality has dramatically deteriorated during the twentieth century. The human being has synthesised chemical elements that nature does not recognise anymore and that the natural decomposition processes are unable to reabsorb, once they have been released into the ground. Therefore, we have contaminated waters that take hundreds of years to get pure again and even more if considering atomic radiations or batteries we use every day (i.e. a cadmium battery takes thousands of years to deteriorate).

In recent decades, five enormous plastic islands have formed in the oceans over an area of 16 million square kilometres (equal to 53 times Italy). This plastic is crumbling under the impact of atmospheric agents in so many tiny particles similar to plankton, which fish ingest. 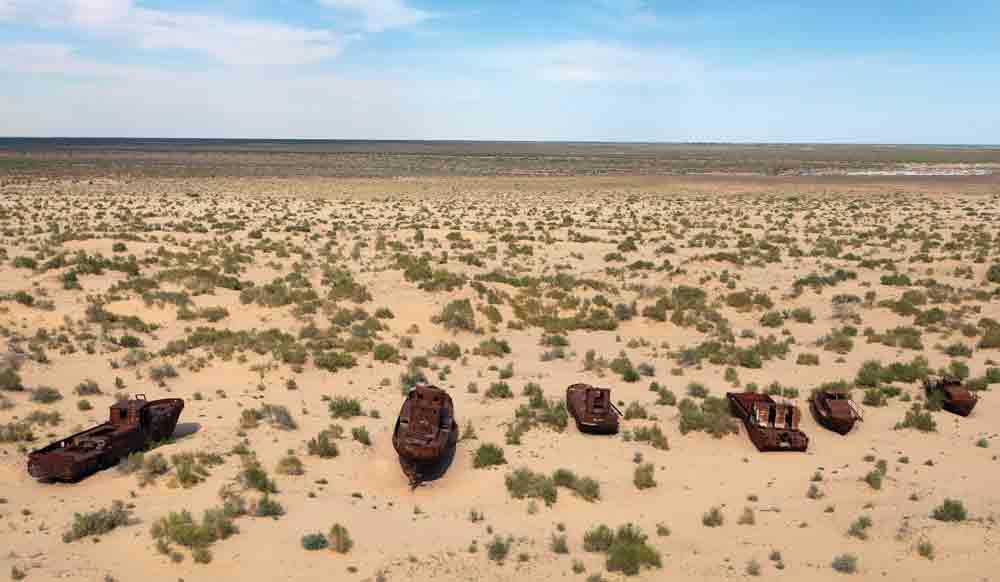